I meant to blog about this before when the boom tarat tarat hype was at its highest but decided it was not worth blogging about. However, this morning, a friend and superior in school came to me to show me an article written by Ricardo F. Lo at the Entertainment section of the Philippine Star that appeared on Februrary 22. The article said that Miguel Zubiri will be using the boom tarat tarat theme as his jingle.

...Lito Camo has agreed Miguel "Migs" Zubiri (to) use his popular song Boom Tarat Tarat as Migz's campaign pitch in his bid for the Senate in this May's election "for nothing."... But inside soursces said that Lito was paid "no less than P3 million" for the rights to the song.

Really? If the sources cited by Mr. Lo is correct, then, I can say that Zubiri might be wasting too much money over this. Why? The Boom Tarat Tarat tune is not new. The tune has been used in our Father and Son camps since tralala time. The friend that showed me the article has always been the scoutmaster of these camps and always used the tune to gather the troops, enliven the campfire, entice them to participate in all the activities and what else it can serve us. We use the tune as a fanfare every year that we do not have to teach the old timers how to sing the song and dance to it. This has been a boy scout tune without the gyrations and that final hump of the hips, of course. However, it is not that we do not have an accompanying choreography for the tune. What we do is to mimic playing a trombone for the tarat tarat portion and a big bass drum for the boom part. This we do like playing a guitar on air. Not as exciting as the new version, maybe, but nevertheless, has been with us since time immemorial.

I do not wish to discredit Mr. Lito Camo or portray him as a plagiarist for I am sure he had composed a song and has all the rights to his creation. I have not heard the song played in its entirety but I am also positive that what Mr. Zubiri is after is the boom tarat tarat portion, an old tune incorporated into the song. Now, certainly that cannot be worth P3 million, can it?
Posted by rolly at 7:51 PM 24 comments:
Email ThisBlogThis!Share to TwitterShare to FacebookShare to Pinterest
Labels: music, rambling

This round at the Blogkadahan, we are posting pictures of streets where we live. Coming from different countries, you will find these posts from my friends very interesting. For my share, I am posting these pictures but am not telling the story here. You've got to go there to read it. My entry is scheduled to come out on Tuesday. In the meantime, read and see the other posts made by my friends. Happy viewing! 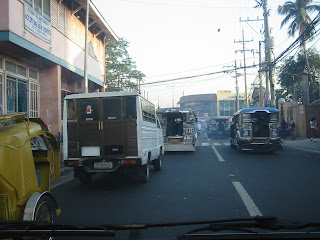 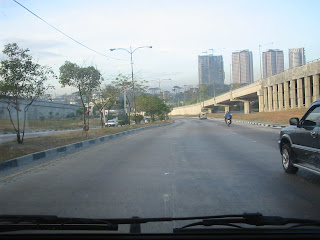 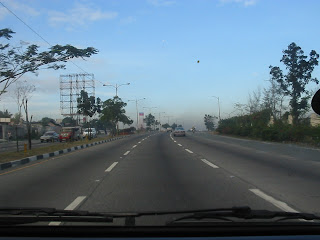 You want it? Pay for it.

I mentioned in another post that I had been jamming with my two boys since they discovered a little music studio near our area. Well, the older of the two is so into music he had been bugging me to buy him an electric guitar since last year. I can see his interest with the instrument as I see him downloading tunes in the internet and trying to learn how to play it with my classical guitar. (Imagine trying to bend notes on a nylon string.) I told him earlier on that if he really wanted one, then he should at least shoulder half the cost. I thought that would be the end of it since I and my wife knows that he is rather stingy. :-)

I am serious about him paying for at least half of the price of an electric guitar. There are several reasons why and these are:

1. I do not have that much money. Inasmuch as I would like my children to have everything they wanted, I have to prioritize which ones I am giving in to as I am not a rich man. I will have to make every centavo count;
2. I would know that he is really determined to learn. I do not want to see another guitar cluttering our small house.;
3. I will be assured that he will take good care of it (he is stingy, remember?); and,
4. I co-own the instrument, hence, can play it anytime I wanted

I think my son is a born musician. He is self taught with the guitar. Read here how he learned to play the instrument. That ought to be inspiring.

He was in Grade 3 when he told me he wanted to play the violin. I told him sure but he will have to just use the school's violin first. I thought it was just a passing phase. But later on, I realized he was really that interested. I told my wife we better get him a cheap violin as he had to practice at home, too. So, we bought him a half-size violin. True enough, he always had that violin with him. When we were to go home, all I had to do was find that violin sound and sure enough, it was him. So, the following year, we asked my niece who lives in the States and was coming over for a visit, to buy him a full-size violin. You should see the smile on his face when he got the surprise. To date, he is a member of the orchestra and had been the school's concert master last year before he graduated high school.

Anyway, last Friday, he texted me to say that there was a sale on electric guitars and that he can shoulder half of the price. He had been earning from gigs with the orchestra and saving cash. I told him I had no cash available. He was really dismayed. The following day, my two Korean students who had been having classes with me for painting paid me. So, I asked my wife's permission if I can use the money to purchase the guitar our son wanted. She gave me the nod and so, I told my son to get his money ready as we were buying the sought after guitar. Well, we did buy it and as I expected I ended up paying for it more. About 55% of the cost (magulang talaga) True to form, my son is currently sleeping with it. Now my only wish is that the younger do not ask for a drum set as that is not really possible at this time.
Posted by rolly at 5:13 AM 15 comments:
Email ThisBlogThis!Share to TwitterShare to FacebookShare to Pinterest
Labels: family, mickey, parenting

It is election season once again. We can already feel the election fever on tv with all those campaign materials in advertisements. While I was at the computer last night, one of those ads was on and I heard my eldest daughter complain. Something like "arghh, not that again." I was thinking, maybe, there goes one vote.
Anyway, the question of teachers manning the polls is once again the topic in our forum at the PTN. Apparently, there has been a move to spare teachers from this mandate from the constitution. I received from my email a link to a news in the House of Representatives of a proposal to relieve teachers from this mandate, which incidentally was passed in 2005 yet. It goes something like this:

TO ALLOW public school teachers to concentrate fully on their teaching duties, thereby improving the quality of education in the country, Marinduque Representative Edmundo Reyes Jr. filed House Bills 2864 and 2898 seeking to release them from compulsory election duties.

While this is good news to teachers, for I am sure, they do not need this thankless job (added to teaching which can also be a thankless job altogether...sometimes) the task has always been the cause of heartaches and headaches, if not totally puts the teachers in danger. I can only imagine hot spots where candidates kill themselves just to get elected. I have heard of stories about teachers subjected to harassment by candidates and/or their minions during election time. And yes, the sleepless nights counting the ballots, taking these to the municipal hall, etc.

Eusebio San Diego, president of the Quezon City Public School Teachers Association, informed the body of the negative consequences arising from the compulsory service imposed upon public school teachers during election time.
The teachers, he said, are confronted with election offenses aside from fatigue, lack of sleep and overwork. Others are gunned down or exposed to other election-related violence, he added.

While I agree with Rep. Eulogio "Amang" Magsaysay that the teachers must focus their attention on improving the quality of education in the country, yet, I have been thinking, if not the teachers, then who? The best scenario would be volunteers but then, how sure can we be that these volunteers are not partisan in nature? Would they be as subjective? It would be easy for a candidate to fill the vacancy with his/her own people. In this scenario, we are assured that the election could easily be rigged. The only solution I can think of is automated elections. But that is a long time coming.
Posted by rolly at 4:39 AM 6 comments:
Email ThisBlogThis!Share to TwitterShare to FacebookShare to Pinterest
Labels: education, politics

I just got word today that the final issue of the Country mouse, a poetry e-zine co-owned by my friend, Arlene , is now out. Guess who's in it. Moi!!!! Yup, I have five poems included in this issue. What's even great is that I have been promised that I shall be getting three copies of the printed issue.

Too bad, this is the final issue. The ezine held contests every issue and published the winners. This time, together with the winners, friends of Arlene were asked to submit poems for publication.

Incidentally, should you happen to view my poems, the picture of me was taken in Canada during my last visit there. There are things too good to be true. Never did I know that that would be the last time I would be with my friend.

In the meantime, you can read my poems here Tell me what you think.
Posted by rolly at 9:40 PM 13 comments:
Email ThisBlogThis!Share to TwitterShare to FacebookShare to Pinterest
Labels: arlene, poetry
Newer Posts Older Posts Home
Subscribe to: Posts (Atom)