Hues of HopeL An Art Exhibit of Optimism

I was asked by PGW President, Pinky Peralta, to write about our annual exhibit, Hues of Hope which she intends to be submitted to newspapers and perhaps, magazines. I wrote it last night, August 11 and finshed it  this morning.

In 2016, a set of young, very promising artists, linked by their love for an art medium reputedly to be the hardest one of all – watercolor, decided to form a group that would, among others, introduce the public to the medium. This is not an easy task as there is just a very limited audience who is also partial to the more popular classics done either in oil or acrylic. We have never known a watercolor painting to be an end in itself.  We always thought that watercolor is, at best, a preliminary work, a study on color harmony and composition for a much bigger opus.  This is understandable simply because the common tao is not attuned to the idiosyncrasies of the said medium. In a country that does not see the aesthetic value of modern art, in spite of the fact that it has been with us since the 19th century rendering this genre anachronistic, hence, it is less likely for them to understand the fluidity of colors, the looseness of style, with various hues bleeding and oftentimes applied out of the line as we were told to do when we were young as characteristics of watercolor painting.   Present, too, are several misconceptions, i.e. it is not as lasting as oil or acrylic simply because it is put on paper and not on canvas, it fails to stand the test of time as oil or acrylic does rendering  it a cheap art form.

Notwithstanding the odds, this group of idealistic watercolorists prevailed and after a year, the founder and President of the International Watercolor Society or IWS, Mr Atanur, took notice and invited them to be a part of the international organization.  Encouraged, they took it as an opportunity to invite more people to join and the organization grew bigger. Several years thereafter, the organization took a refining and in 2020, in the hopes of a much needed hegira, underwent a reorganization, ratified a new Constitution and By Laws, voted a new set of Board of Directors and eventually, its officers.  Thus, the Philippine Guild of Watercolorists or PGW is born.

Among the activities embarked by PGW include seminars and workshops, plein-air sessions and exhibits to name a few.  The membership has grown and now include a good mix of newbies, mostly professionals who have been long time aficionados and those who have just picked up the brush trying their hand on a new hobby mixed with professional painters who enjoy the camaraderie brought about by the association, learning other ways to express themselves using the medium.  The group also has a pool of Filipino masters called Honorary Members, who will be there to offer guidance and inspiration.

The group has gone a long way from its inception to the present.  As a community of artists bound by their pursuit to explore and promote watercolor, the group met once a month at the GSIS, invited practitioners of the medium to make demonstrations and have the participants paint based on what they have learned that day until Covid 19 came.  The pandemic did not deter the enthusiasm of the group,, though.  Meetings were conducted via zoom where the officers hatched different ways to benefit its membership.  During the first year of the pandemic, the organization launched the Kwentuhan series whereby invited professional watercolorists were interviewed kwentuhan style. Thereafter, these professionals made a demonstration of their techniques.  The series ended with an online exhibit at the end of the year capping it with a catalogue of all the entries coupled by a narrative of the artists talking about their craft and their experiences doing their exhibited painting.

Once again, the Philippine Guild of Watercolorists, will be launching another show entitled Hues of Hope.  Scheduled to have its annual exhibit on September 2 – 30, 2021, at the LRI Design Plaza, the organization decided to kick it up a notch.  This year, it has been decided to do a juried exhibit whereby all entries shall undergo the scrutiny of a jury, not of their peers – yet - but those so-called masters.  The term masters cannot be underplayed for they are truly respected in the field here and abroad.  The illustrious jury include: Ze Ze Lai, Praful Sawant, Eudes Correia and our very own, Cid Reyes and Ferdinand Isleta.  To encourage its members to join, as if the honor of having ones work put on display at the famous LRI gallery is sufficient reason to brag about, the organizers turned the exhibit into a friendly competition among the members with a bag prize of Php50, 000 for the champion.  The month long exhibit shall be filled with different activities like live demos of different watercolor styles and virtual ones conducted by international masters, seminars on copyright, how to market ones paintings, etc.

Why Hues of Hope? Why not? There are a lot of reasons why the group has turned painting in watercolor an avenue for optimism.  The hobby of painting is therapeutic especially witnessed by the newcomers who found solace in painting as a means to while away the time during the lockdowns and NECQ’s or never ending community quarantines.  Some of them have begun selling their masterpieces to friends and surprisingly, strangers who discovered their art making their hobby an even more worthwhile enterprise.  Lastly, the organization has encouraged its members to join international competitions in which, once more to their surprise, their works were accepted.  While a member has yet to win a major prize abroad, this endeavour paved the way for our watercolorists to be known and have the country be recognized as a true hub of well-known watercolorists.  Truly, this exhibit provides a lot of hope and positivity amid uncertainty and turmoil brought about by the pandemic. 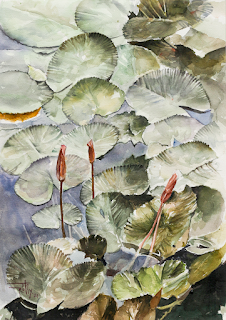 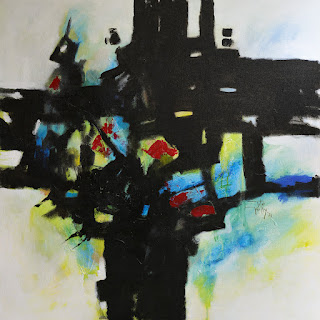 Mushroom Growth
This is the exhibit statement that we submitted to the gallery, Artblado, that will feature abstract paintings from ten artists formed by Ella Hipolito.  The show was slated to open in July but was re-scheduled twice due to a lockdown during the pandemic.  It is now scheduled to open on Sept 1, 2021.

Wicked is a powerful, negative word. As such, anything related to it, either directly or indirectly, is seen in a bad light and frowned upon.  So why would ten artists embarking on a show opted to be identified with the word wicked?  Simple – it is a word and as such, changes its meaning as it did several years ago.  Words as single units of a language tend to change their meaning because these are the results of an evolving culture. As man uses the spoken word, its meaning continuously changes according to his/her circumstances and experiences unlike Latin, the only dead language, there is.  As the word gay, for example, used to mean happy but now means a sexual persuasion a person has, the word wicked has changed its meaning to the younger generation as simply “awesome”.  For example, "That new spaceship launched this afternoon cost a billion dollars and was made with top of the ine materials! It’s really wicked!”

Wicked abstraction showcases ten individuals as they continue their artistic journey laying bare their only passion which is painting. They have developed their own personal styles and are now at the brink of experimenting on a different path which leave their individual selves in a manner that threatens to expose their vulnerabilities as they bare their very souls. Each individual has toiled hard to express himself/herself in a way that is devoid of any exigencies or pressures from outside sources and without any inhibitions.  True to the maxim ars gratis artis, a time honored principle that means art for art’s sake, these free thinking individuals worked on their ouvers without any care in the world armed only with  their intuitions expressing their truth ,  their individuality and aesthetic ideals quietly hoping to create fanfare nevertheless. Hence, it is the art works that are their own excuse for being, the mere raison d’etre if you would and nothing more.  No high-falluting, intelligent arguments that is usually, in reality, pretentious and a sham that could let any naïve individual be sucked in.  No! There won’t be any child shouting “the King is naked!” this time for they have been unselfish in showing everyone their true selves. A coming out of age, like the first buds of a flower peaking at the light of the glorious sun for the first time. A blossoming during springtime, when the leaves of a plant are dampened wet by the morning mists and when bees and butterflies kiss the flowers unwittingly pollinating them to bear fruit. Such serendiipity as nature works not only for our pleasure but our very sustenance. With this collection of works, these artists seem to prove that positivity springs eternal. At this time, we can safely say we have seen their strongest and weakest side during their artistic journey and that is truly “wicked!” 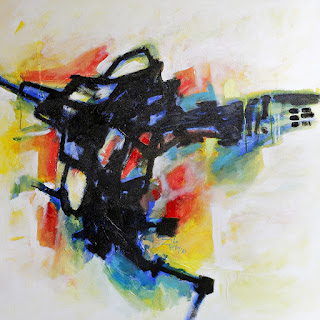 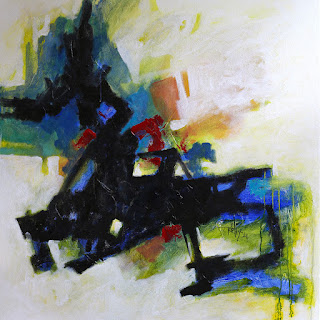 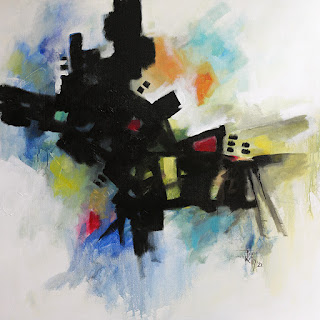