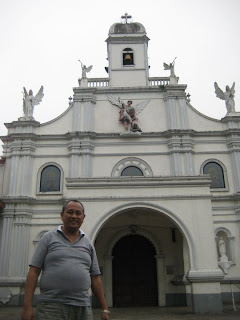 Back in 1973, I was exiled (or should I say banished, if that is a better term) by my father to far away San Miguel, Bulacan in a parish school called St. Paul's College. It was just a year after Marcos had declared Martial Law. How I wish the reason for my exile was because I was hiding from the military because of my political views. However, it was not that romantic. I was far from being political at the time. I was just 16 years old going 17 and I think I was too young to join either the Samahang Demokratiko ng Kabataan or SDK or the more renegade Kabataang Makabayan (KM). Let us just say that I have not been a good boy. It was the 70's and we, meaning my friends and I, were experimenting with a lot of things and discovering the world on our own.

Last Wednesday, I was one of the school's representatives to go on an ocular visit of San Miguel for the school's prospective alternative learning (ALE otherwise known as a field trip) to the Madlum Caves, Biak-na-Bato and nearby Balingcupang, a series of caves which was used by Aguinaldo and his katipuneros as hideouts during the war. As fate would have it, I successfully convinced my companions to make a detour to go visit what was my hometown for a year. When we reached the place, I could not believe it but the place barely changed. Of course, the old St. Paul school was no longer there as it has moved to a bigger lot along the highway, which was really the plan even while I was there back in 73. And yet, the municipal hall, the old house built in 1931 which was bought by the Paulinian nuns to be the rooms for some of its college classes, the restaurant-cum-dormitory where I stayed during the second half of my schooling there are still recognizable. Suddenly, I remember the prominent surnames like Buencamino, Pengson, Libunao, Tecson, Reyes, Sevilla, my favorite teachers, Mr. Rolando Waminal (English) and Mr. Perez, (Chemistry), with whom I shared several bottles of beer until about 9 or 10 pm practically everyday in the restaurant where I stayed. I also remembered my classmate that I had a teen-aged crush on, a pretty lass from nearby San Ildefonso. It was just like yesterday and I was 16 years old again. 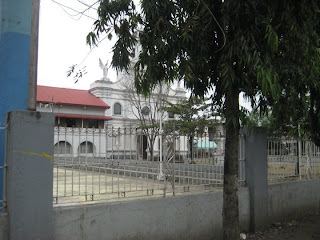 The picture above was the immediate vicinity of the then St. Paul's College which we used as our playing area. I remember hanging out on an old grotto together with my classmates during recess and lunchtime.

The picture below shows the facade of the building. When asked what it was now, I was told that they were transforming it into a memorial chapel. 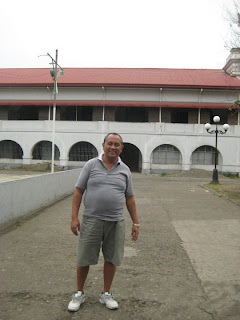 I remember being in the honor's class, (there were only two) Junior Jade, and our classroom was the first room immediately after the gate. When inside the classroom, I would peek out the window to check out who was outside and when outside, I could peek in and see if classes have already started. 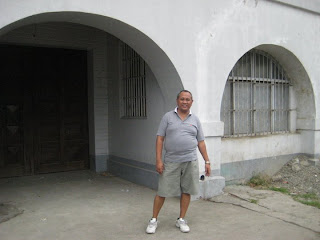 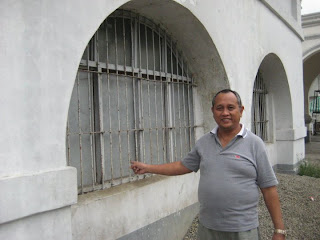 I was with two of my cousins, Ferdie and Ramon, who came to study here. They were former seminarians who got out and found refuge in San Miguel. Ferdie, the older one, was my age but he was already a Senior. I would have been a Senior, too but unfortunately, I had to repeat the year. I was a bad student, remember? The younger one, Ramon, was my classmate. Ferdie commuted everyday from Baliwag to San Miguel while Ramon and I opted to live in a dorm inside an old house which turned out, after googling it,used to be owned by the Santiago's. I had lots and lots of stories to tell about this house which, from day 1, the natives told us, was haunted. I remember people staring at us after knowing that we lived there.

Ramon and I had two more guys living in the house. I could not remember their names but the older one was a very intelligent guy who just arrived from the Visayas and the other, a Freshman which, for some unknown reason, my mind tells me his name is Alex Montinola. So until someone reminds me who the guy is, he will be Alex to me.

The house was huge with its flooring made of thick slabs of narra wood that no matter how hard you jumped, it would not tremble. The rooms were transformed into classrooms by day until around 7 pm. After classes and when every student had gone home, it became eerie, especially when all lights are turned off. It would be pitch black that one would think he had his eyes closed for he could not even see his palm even if it was right in front of his face. There was an adjacent building where two caretakers lived. We would cross the rooms and join them for a drink of our favorite brew, a long neck and a pulutan of ginataang rimas. 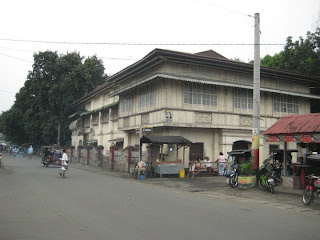 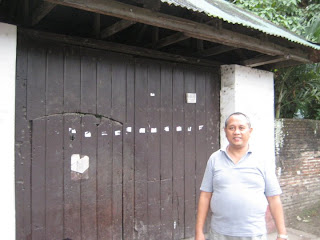 The layout of the house, as I recall it, was that there was a big staircase which leads to the comfort room to the right. Turn left and there would be a dining room but we rarely ate there for none of us cooked. Press on farther and the next would be our sleeping room. There were four beds (cots, I think). If you notice, there are balusters next to a tree. What we did was cut two of these balusters, put them back, and come night time, crawl out using the balusters and hang on and get down to the adjoining tree, go out of the gate and travel all the way to Baliwag to watch a movie. 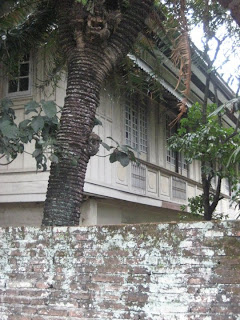 AFter a month, my cousin left the dorm leaving the three of us. Soon after, my other classmate dropped-out because of his raging hormones told him he wanted to marry a girl from college in the same school but the relationship was thwarted by the girl's family. A few days thereafter, Alex moved to the restaurant where we ate. I was all alone. Sometimes, I would ask some classmates to stay and sleep with me but most often, I was alone. What I would do was cover underneath my blanket and think, if there would be a ghost or whatever, he/she can take me anywhere he/she wants but I am not taking off my blanket! 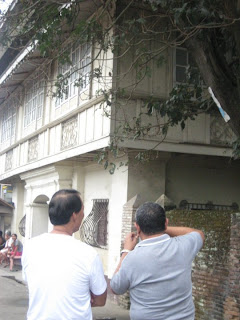 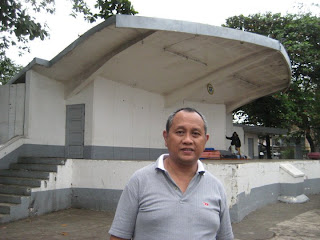 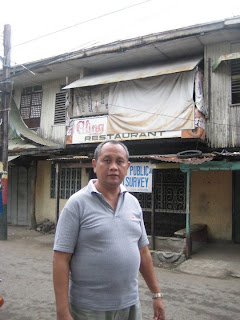 St. Paul and San Miguel will always be in my mind until memory fails me. It was a milestone not only because this was where I learned how to be on my own and live independently but most of all, I should say that during this time of my life when I was slumped to the ground, this was where I stood up! It was smooth sailing from then on. San Miguel, Bulacan, you will always be in my heart.
Posted by rolly at 8:04 PM 9 comments:
Email ThisBlogThis!Share to TwitterShare to FacebookShare to Pinterest
Labels: history, life
Newer Posts Older Posts Home
Subscribe to: Posts (Atom)